Why does a crawlspace cost more to inspect? 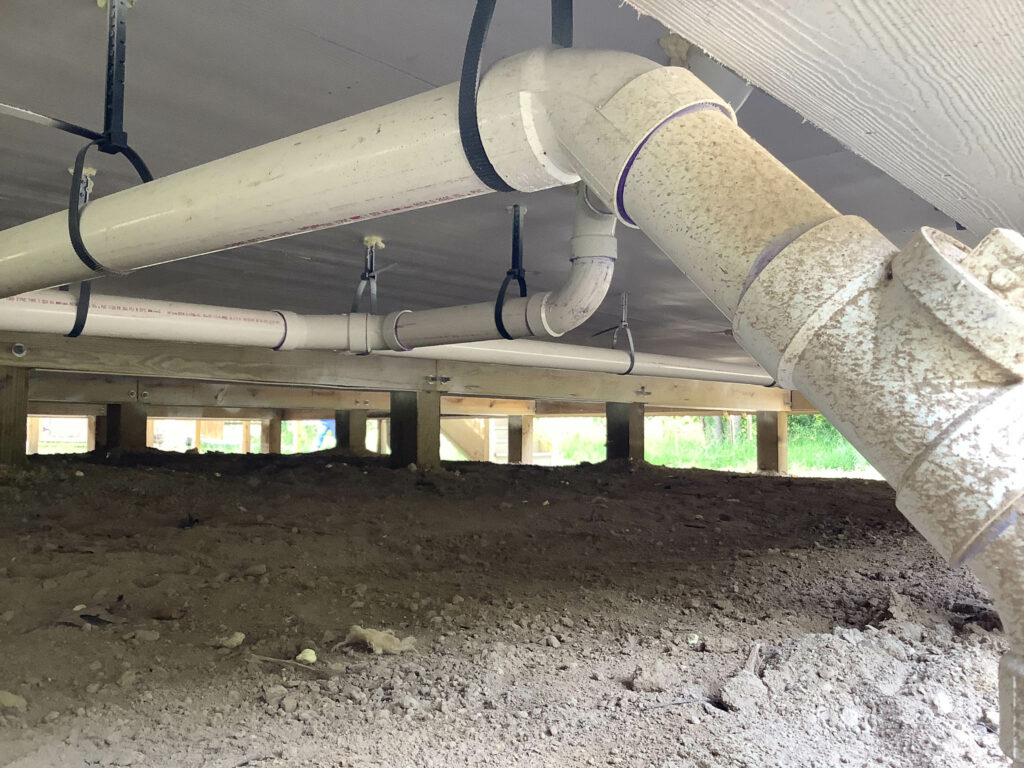 It would probably be fairer if we all priced home inspections based on the hours needed to inspect and write the report.  That would certainly be a great model for me as an inspector when I work with a client where the home has alot going on.  Unfortunately, that would violate my rule about price transparency.  I believe that all prices should be clearly disclosed up-front.  Nobody likes surprises or shake-downs.

It’s common in the industry to use features and measurements of a home to approximate the amount of time required to inspect it.  This is reasonably straight forward when we are talking about a pool and spa or a garage apartment.  It’s less clear cut when it comes to the foundation.

In the Houston region, a slab on grade foundation is the most common type of foundation.  These are less expensive to build because they take less labor.  They work great for our area when they are properly engineered for our expansive soils and when they are well drained.  It’s also a good idea to keep trees away from them.  Sometimes however a pier and beam or block and beam foundation system will be used.

Pier and beam involves pilings or piers driven into the soil and then the beams that support the home are installed on top of them.  When properly engineered, this can be a great system.

Block and beam is an older foundation style where the beams that support the home sit on top of cement blocks.  It can work well also, but we have better methods of constructing homes now.

In both cases there is more of the home and it’s systems that can be viewed, so there is more to inspect.  This takes time, and therefore increases the cost.  When there is 2 or more feet of space under the lowest point of the home it’s generally easier to access the crawlspace.  A great example of this is the homes found in Galveston and Southern Galveston County where it’s not uncommon to have 4 to 8 feet of crawlspace.  The additional cost on this is modest.

When we get up in to the Heights, East Downtown, North Side, Pasadena, and other areas of Houston we encounter more block and beam or low-set foundation systems.  These generally have less than 2 feet of space making it difficult or impossible to safely go under the home.  Anything less than 18 inches is considered a confined space and hazardous.  However, other factors such as live electrical wires, sewage leaks, or wild animals can make a low crawlspace hazardous.  Low crawlspaces generally have more going on that takes longer to look at, explain, and write up.  It’s not uncommon to have to use a variety of tools to see under these homes and that takes substantially more time in most cases.  As a result there is an increased cost to inspect these foundations.

I encourage clients not to get caught up on the cost of the inspection.  An additional $75 or $150 to inspect a crawlspace could uncover expensive foundation repair, plumbing, or electrical issues that could be a safety hazard or costly repair expense.  It’s definitely something you want to get inspected when buying a home.